Every single hour and every single day, hundreds of trains shuttle back and forth between cities. On one such day, one such train happened to contain two people whom we are interested in. It was a father and his three-year-old daughter. They boarded the train, settled into a seat; the father seating her daughter near the window while he talked to his wife and the mother of the child trying to assuage her fears regarding the trip. Somehow, a situation had turned up when this motherless trip had to be undertaken. Understandably, the mother was worried sick and wanted to ensure everything would be all right. After a hundred assurances and cute goodbyes between the mother and the kid, the train whizzed off, taking the father-daughter duo on an excursion to another city.

It was 9 p.m. and they were in the midst of their dinner. The girl was making faces and refusing to eat much. The father, as opposed to his wont, tried to cajole her into eating a few morsels luring her by the prospect of an ice cream afterwards. The girl took one bite and stared out the window, which was black and glassy. She could no longer see the tranquil scenery of the countryside through the sealed window; all that she saw was the face of a girl with unchewed food in her mouth staring back at her. The father broke his chappati in two and stuffed the pieces into his mouth. Suddenly, a man from the pantry ran past them. A few more men went in succession. The father felt like getting up and sounding out what the matter was. Leaving his plate aside and instructing the kid not to stray from her assigned seat, he got up to investigate. It came out that there was a fire in one of the compartments and things were getting panicky. Now what happened next?

Before that, let me fast forward to the present day. That kid with the unchewed food in her mouth is talking to you right now. And it was my father who went to find out the cause of the hullabaloo. Now, what happened next I don't clearly remember. In fact, I don't remember anything at all. While I grew up, mom would tell everyone how she had reached the station frantically to inquire about the train after hearing a news bulletin about a fire breaking out; how agitated she had been that day and how madly relieved they had all been after finding me and my father safe. I don't know if dad had acted as a hero then. Probably he did. Frankly, I don’t remember. 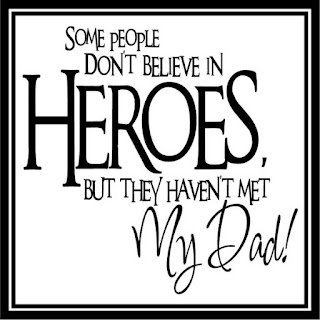 But what I do remember is him picking me up from school when I missed my school bus. I remember him being enthusiastic about my career (sometimes more than me!). I remember him undertaking a ‘city tour’ while I took countless entrance exams. I remember myself believing that everything in life is free ‘cause well, he paid for it all without me being any the wiser!

Today, if I call him, even if it’s a single ring, he will surely call back, even when he is top-hole busy or driving(let not the traffic guys read this!). Even when he cavils about me and my driving, he was the one who didn’t give up on me. He was the one who rode shotgun, shouting instructions, and pulling the handbrake right before I could smash into the car ahead. At times, I felt like asking mom to teach me how to drive but she refused point blank saying she couldn’t face life-threatening situations like that. He is the one who agreed to give me the car keys and didn’t get out of the car like my brother who said ‘safety first’ and scooted off. When dad is asked to bring vegetables or evening snacks, he will probably act grumpy but he will most definitely bring it all home, even when he has almost reached the parking lot and spotted a particularly desirable parking space. Although dad avoids shopping centres like the weight-conscious girls avoid pizzas, he will let us indulge ourselves to the fullest. When we buy outrageously expensive dresses, all he will buy for himself is a pair of shoes, that too just because his old ones are no longer usable. 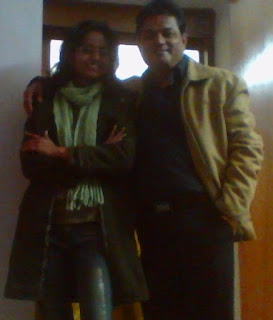 I could go on and on but you get the drift, right? And that is why even when I don’t much remember what happened on that fateful night on the burning train, I don’t once doubt that he had been the hero in the situation. Because he is the kind of guy who will do something outstanding and yet won’t put up a facebook status about it (the way I do for instance-not the outstanding part, just the status). Content to be out of the limelight, happy to work in the backdrop, not much into hype and the like, he is a selfmade man. An entrepreneur with a sweet tooth (pity he is diabetic!) and a simple man, he has no airs and no pretence about him. It would have been a grave error if I had forgotten to wish him today. Happy Father’s Day, Dad! Thank you for being there!

“This father’s day, I am expressing my love towards my dad by participating in the #HugYourDad activity at BlogAdda in association with Vicks.”

You, dad, of all people deserve a hug and much more!

Bin them or ban them

With a life of their own

Grow till you notice them

And wonder what you got

They make one human